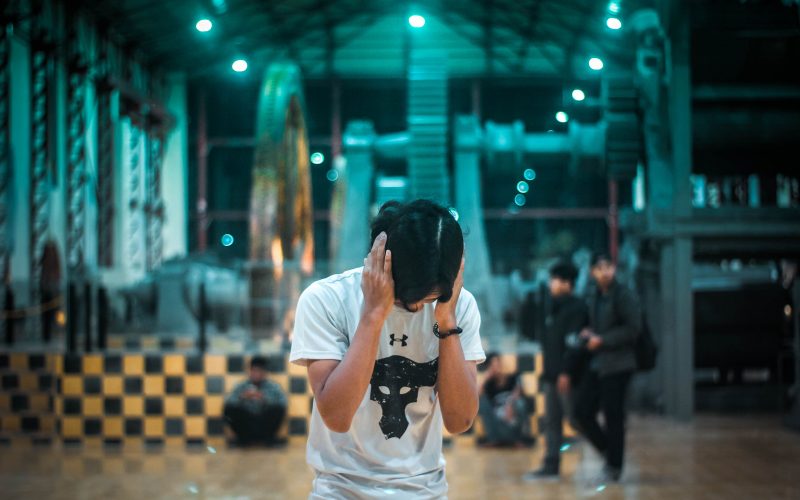 Open workspaces were introduced back in the middle of the XX century. Though the employees steadily complain of the high noise level, in particular, side conversations, constantly ringing telephones and noises made by office equipment, the architeсt and author of numerous design psychology works Donald M. Rattner advises not to align yourself with admirers of loud silence.  He reinforces his point of view with research data, according to which a small noise in the workplace only helps generate ideas, and tells how to turn noise from an annoying factor into an activator of creativity.

Interestingly, there is a silent room in the USA which blocks up to 99,9% of all noises. They say that there was nobody who managed to stay there for more than 45 minutes. If staying longer, it can lead to hallucinations and other negative effects, this way our organism starts to “think up” different noises. It is pretty understandable, as noise provide space orientation.

A team of scientists from several universities back in 2012 set out to find out how noise affects the process of solution of creative tasks. For this purpose, they asked volunteers, divided into four groups, to perform tasks that allow them to assess the speed and openness of their thinking in the room where the noise recordings were played. At the same time, the work of each of the three groups was accompanied by the noise of different volume levels (50, 70 or 85 dB), and the fourth group solved the tasks in perfect silence.

The best results were shown by the group, whose activity was accompanied by a medium noise volume of 70 dB. Thus, scientists concluded that the correct type and level of noise can positively influence creative thinking.

The only we need is to translate this knowledge into action. How?

Before answering this question, let us turn to the concept of creative thinking, developed by one of the founders of the psychology of creativity, Joey Guilford in the 1950s. According to her, creative thinking involves two types of thinking: divergence and convergence.

Divergent thinking supposes generating ideas. It is abstract and intuitive. Convergent thinking, on the contrary, is rational and extremely concrete. According to Guilford, the creative solution to the problem consists of five stages:

Of course, in real life, the process of creatively solving a problem is not so linear, but in general, the Guilford model gives a fairly accurate idea of ​​the mechanism of creative thinking. So how are all these theories and the noise level relate to each other?

The value of noise

Do you remember the first time when you failed trying to solve a creative task? There is every likelihood, that your mental process went wrong from the very beginning. You might have skipped the phase of divergence without generating alternative options but started to look for the concrete solution to the issue using convergence. Unfortunately, this “skill” has been worked out in us since school. We were taught finding only one feasible solution fast.

And here noise is coming to the rescue to exemplary pupils: 70 dB is enough to prevent you from concentrating on the task to the max, turning to convergence. At the same time, it is not so loud to seriously distract you from completing the task.

In other words, it is the moderate background noise which will provide the phase of generating ideas.  But remember, once the suitable solution is found and you start testing it, bring in measures to tone down the noise or to eliminate it at all as it is time for convergence which requires the boosting attention span.

One of the most significant discoveries in the 2012 study was that only specific background sounds enhance creativity. Abstract mechanical noises, intermittent sounds, a person talking on the phone, prompting us to think up the response lines do not help.

What really works is the cacophony of voices in a restaurant full of people or the sound of falling water (provided that the volume of the noise is about 70 dB.)

There is a whole theory which classifies the type of noises and ties them to a certain color. For instance, white noise is free-living noise of foliage, rain, metro as well. It is not harmful to people. Pink noise is flicker noise like the sound of a flying helicopter. It has a therapeutic effect. Some researches found out that movies made with the count of pink noise regularities attract more attention. Brown noise remind the sound of the waterfall, it affects the digestion work. Black noise is silence. So try to avoid brown and black noise when possible, use white noise for work.

Of course, there are no guarantees that you will find yourself in a “perfectly noisy” place every time. Nevertheless, it is quite possible to influence these conditions, bringing them as close as possible to the desired ones. For example, in open spaces, you can adjust the noise level with:

Those who work at home often have another problem: the complete absence of noise. Of course, a shower can save the situation, but it’s unlikely to take it in half a day. To create the desired level of noise, use mobile applications that reproduce the hum of voices in a cafe, the sound of rain or ocean waves.

Do not rush searching for noise canceling headphones for work. Background noise is useful for every person, it helps us to become more active and to focus on a finding of original solutions. The choice of background noise sources is individual: someone likes to work with music, someone gets used to the noise of the metropolis and can not live in quiet suburban villages, someone prefers birdsongs or the wash.